Each season brings different challenges when it comes to emergency spill containment and cleanup.  During an emergency cleanup, the weather plays a major role in how HazMat personnel conduct operations. 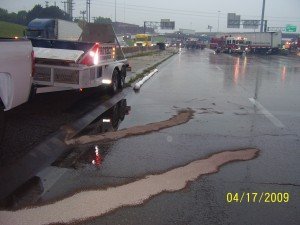 Heat is the most common challenge in Texas and poses significant safety risks for everyone but especially for emergency responders working in direct sunlight on hot concrete surfaces.  Precautions such as drinking plenty of water and taking frequent breaks must be taken in order to prevent heat stroke and other serious injuries.  Class II combustible liquids, such as jet fuel, that won’t produce volatile vapors at room temperature will do so when spilled outdoors during the hot days of summer and pose respiratory and ignitibility concerns.  It is not uncommon for concrete surfaces to reach 120° to 130° Fahrenheit on hot summer days.

Snow and ice in the winter can create road hazards that not only can cause chemical spills from a highway accident but also hinder the response and cleanup.  Diesel and motor oil by themselves can cause emergency responders to lose their footing and fall, but when combined with ice, creates a situation that needs to be approached with extreme caution.  While snow may act to help immobilize a spilled liquid, continuous snowfall may cover up impacted areas and make establishing the scope of the cleanup difficult. 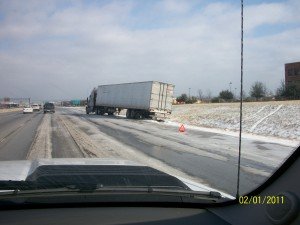 Another factor that affects emergency response operations all year round is rain.  Even light rainfall can wash a spilled material down storm drains and contaminate creeks where it can harm wildlife and cause greater cleanup cost.  At the very least it will spread the material and make affected areas difficult to identify and remediate.  Additional equipment such as vacuum trucks may be required and additional waste streams are generated other than just soil and absorbent.

The adverse weather conditions may act as a major hindrance during a fuel or hazardous material spill and the subsequent cleanup but trained and experienced emergency response contractors such as Protect Environmental can and always have safely and effectively overcome these obstacles.

Administrator
Richard Cameron is the CEO of Protect Environmental Services.